VBET has become the title sponsor of FC Noah

VBET has become the title sponsor of FC Noah

VBET and Noah Football Club has announced the launch of a partnership.
VBET will be the title sponsor of the vice-champion of Armenia in the coming season, and will be represented on the team's kits. Noah and VBET will have a large-scale marketing partnership, combining efforts to provide fans with a full, exciting football experience.
"This is very important step, both by VBET and our club. VBET invests heavily in Armenian football, and it is highly appreciated. We are very happy for this cooperation," said Arthur Sahakyan, Executive Director of Noah Football Club.
"Seeing how Noah is developing not only on the pitch but also off the pitch, how it stands as a football institution, we realized it was time to start this partnership. We will try to invest our international experience in Armenia as well. We are confident that we can achieve maximum results with Noah," said Robert Markosyan, head of VBET sports cooperation programs.
The start of the partnership was officially announced at the pre-match press conference, during which the club's new kits for the upcoming season were presented.
VBET and Noah are inviting all the fans to the "Republican" stadium to enjoy the hot European confrontation 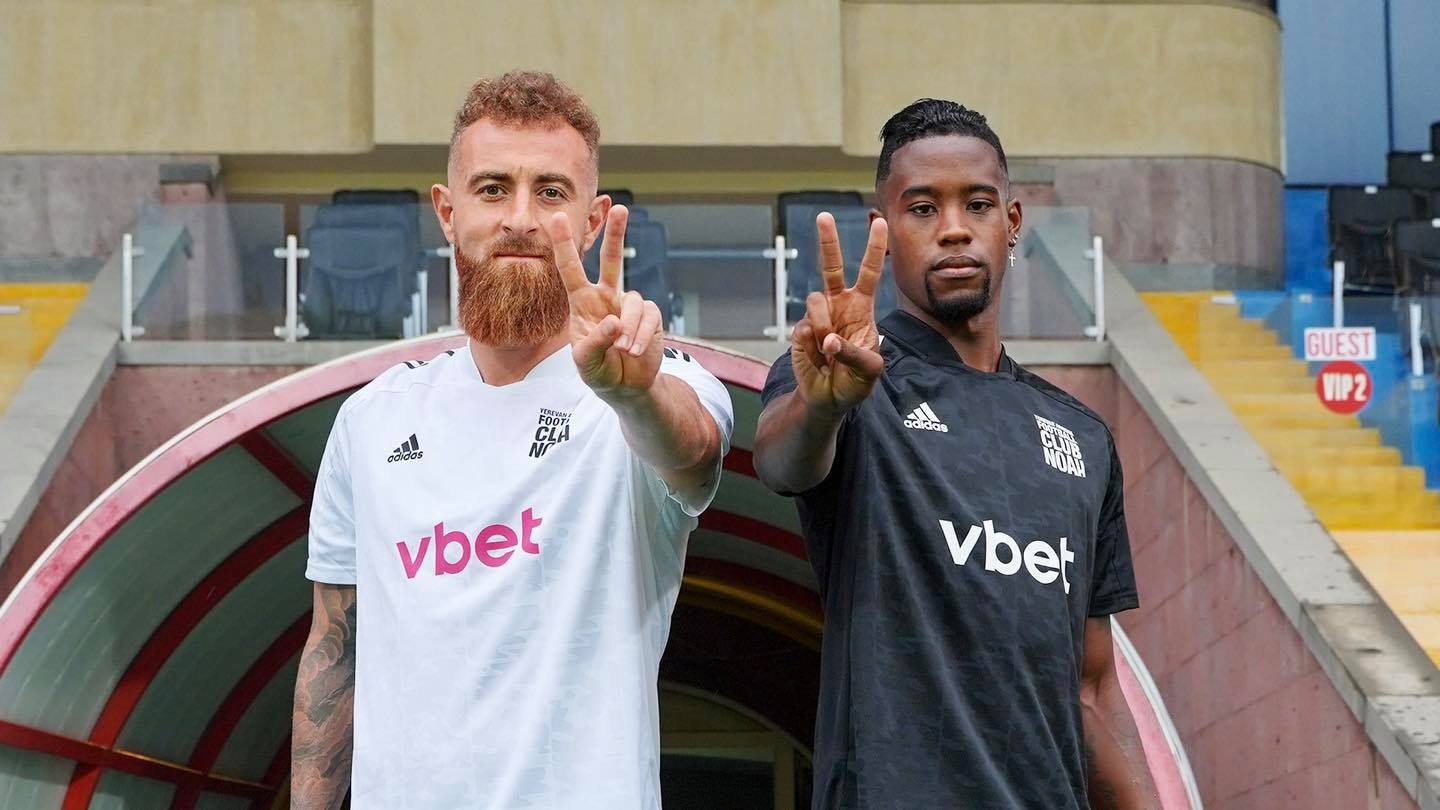